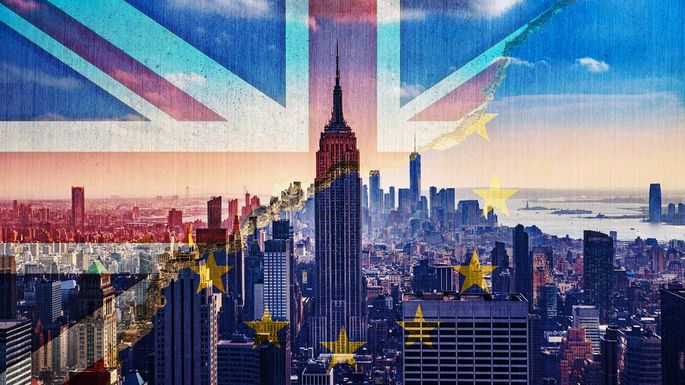 Britain may be across the "pond" from America, but the growing chaos around Brexit, Britain's planned departure from the European Union, is expected to have global ramifications—and the U.S. real estate market won't be immune from them.

On Wednesday, Britain's Parliament voted not to leave the EU without a deal in place that would smooth the country's March 29 departure. It comes just a day after British lawmakers shot down Prime Minister Theresa May's exit plan. Another vote to extend the deadline is slated for Thursday, although it's unclear if lawmakers can wrangle an extension from the EU.

Not having a deal nailed down could lead to all sorts of economic problems for Britain and across Europe. There could also be potential food shortages, havoc in ports, grounded planes, and epic travel-related issues. There's even a Cold War–era, emergency escape plan for Queen Elizabeth II if the country devolves into turmoil, according to USA Today.

But here's the thing: International events of this scale don't happen in a vacuum. They can have far-reaching consequences, stretching far into the U.S.

"A no-deal Brexit would probably hurt U.S. home sales in 2019," says Chief Economist Danielle Hale of realtor.com®. "The slowdown in global economic growth centered in the U.K. and Europe would likely cause the U.S. economy to soften. That would lead to lower job growth and less income growth. Both are really important drivers for people looking to buy homes."

But even if British lawmakers lock their exit plan into place, Brexit could still result in "slower economic growth in Britain and in Europe, and that would spill over into the U.S.," Hale says. "It wouldn’t be a huge impact, but it would be noticeable.”

In a boon to home buyers, Brexit could lead to lower mortgage rates in America.

That's because investors are typically spooked by instability. So if there's chaos in Britain., they'll find safer places to park their money. U.S. Treasury bonds are a popular choice since they're pretty darn stable. They're also tied to mortgage interest rates, representing an inverse reflection of their strength.

Basically, when bond prices go up, mortgage rates fall. And that could serve as a welcome shot in the arm to the slowing U.S. real estate market by driving more prospective American buyers into the arena.

"We definitely saw the housing market slow when mortgage rates got close to 5% at the end of 2018," says Hale. "If Brexit does hold mortgage rates down, it could help power some additional home sales this spring."

Real estate experts anticipate some international investors will hightail it out of Britain to avoid the economic uncertainty—and head straight for America.

"The uncertainty of a Brexit possibility reinforces the stability of the U.S. [real estate market]," says Liam Bailey, global head of research at Knight Frank, a London-based real estate agency and consultancy.

Brits may find American real estate more appealing as it becomes more onerous and time-consuming to buy in Europe, says Lawrence Yun, chief economist of the National Association of Realtors®.

"The British will have a harder time buying property in Spain, Italy, and other parts of Europe," he says. "They could look to the U.S. as an alternative destination to buy.”

But Middle America shouldn't worry about hordes of wealthy foreign investors scooping up all of the three-bedroom houses in their suburban subdivisions. Investors are primarily focused on luxury real estate in the biggest cities such as New York, Los Angeles, San Francisco, and Miami.

Foreign buyers and recent immigrants make up only about 8% of U.S. existing-home sales (which exclude new construction).

Still, at least on the high-end investment side, some believe those numbers could increase.

"Many folks who have been based in London over the last 20 or 30 years are shifting their interests into the United States," says attorney Edward Mermelstein of the New York City–based One and Only Holdings. His foreign investor clients have been buying up apartment buildings in and around New York City over the past six months as a result of Brexit.

"When they're selling in London, they're buying in New York," he says.

... or they may go bargain shopping in London

But instability in the British market is actually leading to opportunities for buyers there as well, says luxury real estate broker Dolly Lenz. Her (lucky) international buyers who are debating between purchasing property in London or the U.S. are often opting for a European home these days, due to favorable pricing.

Thanks to Brexit, "some of the [London] properties they're looking at are 40% or 50% off," says Lenz, of Dolly Lenz Real Estate, who is based in New York but works in luxury markets across the country. "At the end of the day, a bargain beats all other things."

But all bets will be off if the very worst predictions of doomsayers wind up coming true—and Brexit winds up plunging Britain and the EU into a deep recession.

If that happens, fewer folks would be able to afford the purchases, or they may choose to be more prudent and hold off on any big purchases until the economy regains its footing.

“It could have a negative ripple effect to the U.S.," says Yun.